There were two related items in my email inbox this morning.

In one, a money coach ranted in her blog about the dangers of electronic banking. She argues that it’s easy to stay in a fog about one’s finances when you just react to a bell by clicking and dragging money into various accounts. In another email  Change.org announced that it had changed the unfair practices and policies of several large companies and institutions based on the numbers of email and online petitions filed by regular people like me. 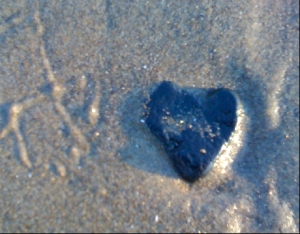 In the wake of the extraordinary political events taking place in the Middle East, I wonder who is right? Does the World Wide Web keep us in a distracted fog or is it the savior and whistle-blower capable of keeping those in power accountable?

I have decided that neither is true. I agree with Mikelann Valterra that allowing our bank account to alert us when our account gets low, if relied on, will send us into what she calls “the money fog” faster than you can say “Brother, can you spare a dime.” I also feel a need to look closely at what these bells and whistles can do for us.

Put simply: in a world designed to distract us, online services can be another way to practice mindfulness.

When I use the term mindfulness I am not advocating a type of meditation where we sit on the cushion and will the world to go away. Many of us have tried and “failed” at meditation because we have an unrealistic expectation of what it can provide. As long as we draw breath (and beyond) we will never stop thinking. So how helpful is it to sit down and try to stop doing it?

I offer beginners a different path to awareness. I’ll illustrate with a story from my own beginnings as a practitioner of mindfulness.

Many years ago a girlfriend and I went on a weekend retreat in Northern California lead by an ex-Zen monk who was later to become quite prominent in the Buddhist movement in the U.S. The retreat was a looser version of the kind offered at Zen centers around the world; there was a schedule of sitting meditation, dharma talks, “work,” relaxation and free time with bells chiming to indicate when it was time to switch activities.

The first morning my friend and I were given a project in the kitchen, where, because our teacher was as famous for his cooking as for his zen-ing, he presided . We spent a happy and sunny hour chopping until, in the flurry of bells chiming and shuffling here and there, we arrived barely on time for our next event, a dharma talk.

Far from expounding profound and sublime words about suffering and nirvana, our host spent the entire period ranting angrily about the lack of mindfulness of two retreatants who left the kitchen without cleaning-up and putting their tools away. He went on to rant about the shoes he was finding in the pathways rather than neatly stacked on the shelves outside the meditation hall, and on and on. My friend and I sat in the hall, our cheeks burning with shame and rage. I never was able to look our teacher in the eye again and it was many years before I could think about him without recalling the fear and trembling I felt for the rest of that long weekend.

The next morning when we awoke at dawn there was a mattress propped outside the teacher’s hut. It seemed his hot water bottle had leaked a quart of water while he slept and he set it outside to air. Mindfulness is a life-long project.

It is only now that I understand the significance of that teaching, the reasons for the formality of Zen practice with its gasho-ing, neatness and thriftiness. Even the anger of that dharma rant is a precious reminder to me. Yes, I did leave a dirty knife at a kitchen station long ago. I just wandered away, not thinking of the consequences that another person might cut themselves, that the knives might rust or get dull, that someone would have to clean-up after me, that my forgetfulness might be the condition for the rage of another human being. Most importantly, I look back at that time with the realization that I was asleep at the wheel most of the time. My life was chaotic because I did everything that way, floating from one event to another without any awareness whatsoever of where I was going or where I had been.

I gently urge anyone who wishes to have more joy, more heart, more aliveness, more presence in their life, to do this simple thing: think about every little thing you do as you are doing it. This is more difficult than it appears, because we are unaccustomed to thinking about the everyday tasks of life. When you get up, make the bed. Do it carefully, with joy. While in the kitchen, clean up rather than leaving the dishes in the sink for later. Put items back where they belong right after you have used them, even if it means taking extra steps. Stop taking the short-cuts. Pay attention to the way your muscles feel when you choose the stairs. Finish one task before starting a new one. Dare to do one thing at a time for just one hour. Tackle the items in your email in-box one at a time. Even the bells and whistles on the computer can be the moment-to-moment signals to remind you to be present, to stop, to face the item squarely, to do the job to the best of your ability before moving on to the next item on the list.

Anything that can be used to put us in the fog can also be enlisted to wake us up.