I sometimes lapse into the bad habit of trying to do everything myself, reinventing every wheel and generally making life a huge struggle. In those moments I am just not open to new ideas about accomplishing my goals. That’s when I usually get feedback from the Universe. 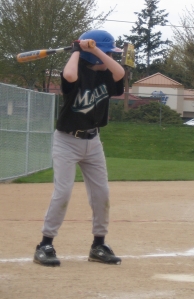 You know who the Universe is—our friends, spouse, children, clients, cat, even the perfect stranger who seems to be doing what they’re doing for the sole purpose of annoying us. Whatever the issue, when it’s time to face it, forces of nature seem to conspire to bring it to our attention time and time again.

I have sometimes insisted on doing things my own way for long periods of time. Very long periods. I just stubbornly keep doing what I’m doing while wishing for a different outcome. This is known as pride in Buddhist thought. Pride is the particular type of negative thinking that says, “I already know that” or “I don’t need to learn that” or “I can do that on my own” or sometimes, “I’m such a wreck no one could possibly help me.” One doesn’t have to be flashy or arrogant to display pride. In fact many of us display the most pride in the areas of life in which we experience lack or decline.

Recently I’ve had a chance to really explore the way pride has caused me a lot of unhappiness. Like many people in our cyclic economy, I have struggled with financial issues. You name them, I’ve dealt with them, including divorce, single-parent wage-earning, job loss, career change, debt and other fiscal challenges. And despite being intelligent and resourceful I have eschewed the kind of help that could get me on track.

Luckily the Universe is smarter and more persistent than I am. Last September she threw me a client, a financial planner and money coach who needed some edits for several writing projects. For several hours every week I was reading and editing content about how to heal one’s relationship with money.

There was lots of drama and emotion around this work, more than with my other clients. I began to notice the money coach balking at proposed edits, not listening to my advice or doing the opposite of what I advised, not paying me promptly, calling me outside normal office hours with last-minute requests and generally requiring higher maintenance than I felt my fee justified. I was really miserable and I began to push back. Although she was a steady client and I depended on the income from our work together, I considered dropping her altogether.

Finally one day she called to tell me that she had hired a writing coach and that she would be reducing her use of my services. At that moment my Buddhist training kicked-in. I began to see how I was projecting my own discomfort with taking advice in an area where I needed help. I recognized that it was the negative thinking of pride that kept my cup full of resentment and a know-it-all attitude. And a full cup cannot take anything else in.

Since the ah-ha I’m happy to report that things are better. When my client offered an 8-week course on money management I jumped at the chance. It was hard for me to admit that I need help to learn simple tasks like budgeting and charging properly for my services, but I showed up and paid attention. I am enjoying the freedom of finally coming to terms with the negative financial patterns that have kept me stuck. I emptied my cup and allowed some healthy humility to show me the next steps.

I realize that to be coachable is to be vulnerable and human. It is the most creative place, one of fertility and curiousity. I have never felt more positive about my future and my ability to learn the financial skills I need to get to the next stage in life. And all I had to do was ask for a little coaching.

And my coach? She called this morning. Seems that she needs a little advice about the direction her blog is going. Wow. Being coachable is beautiful thing that successful and happy people seem to understand.