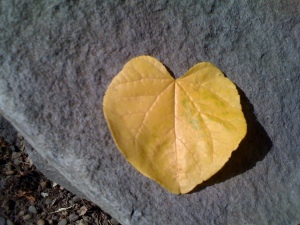 It’s time to revise the old adage, “The teacher appears when the student is ready,” to include the concept of willingness. As a ready student I feel lucky to have attracted wonderful teachers and educational opportunities all my life. Yet it is when I am both ready and willing to make change that the clearest teachings arrive.

Never has this been more true than with my current mentor, teacher and coach, Writer Mama, Christina Katz. I found her in 2008 shortly after saying the words “I want to be a writer” out loud for the first time. Within weeks I heard through the writer’s grapevine about Christina’s books, classes and websites.

A year later, two Writer Mama courses under my belt, a few humble publications and a good start made at blogging, an unexpected exercise gives me pause to reflect on what it will take to make it in my chosen career.

On a lark I joined The Writer Mama Back-to-School Giveaway, an annual month long virtual coffee klatsch for professional and wannabe writer mamas and an occasional intrepid guy. Fighting my own demons of distractibility, boredom and lack of follow-through, I vowed to post every day throughout the month long contest. Only two-thirds of the way to my goal, I could never have predicted how much I would learn in the process.

The questions posed each day catalyze deep thoughts about what motivates me, inspires me and keeps me going against pretty high odds. Paired way down to the basics, my musings identify seven basic virtues that might apply to any new career. To make it as a freelance writer I believe I will need humility, self-love, diligence, trustworthiness, stamina, faith and compassion.

I’ll start with humility, because right out of the gate, there is no greater daily lesson for me. In the process of discovering which area of expertise qualifies me as one of those individuals getting paid for what they say and how they say it, I have had to delve deeply into the question of what I don’t know.  Like the sculptor removing large chunks of marble, I’ve had to let go of whole areas of human knowledge that I will never have the time or inclination to explore. I am left with a richly veined core of ideas just waiting for my unique mark.

Humility grounds me rather than debases me and keeps my feet on the floor, my butt in the chair. Humility requires me to make an honest living and wills me to do what I can and let the rest go. Humility trains my head to serve my heart. Humility lets me sleep at night and gives me permission to make mistakes.

I revel each day in learning something new, thanks to humility. With my new found focus, I wake up energized by concrete possibilities rather than defeated and overwhelmed by endless ethereal potentialities. By letting go of what I don’t know, I am free to delve into truly understanding my chosen subject matter.

Reinventing myself in mid-age has indeed been a humbling project. But so has parenting a teenager, going through divorce and dealing with gray hair and corrective lenses. The difference today, thanks to my writing, is a greater willingness to take each day as it comes and do the next actionable step. The student is willing and ready!

Quite soon after becoming acquainted with each other, online and having been paired through the blog swap project, Carrie Ure and I decided to write about feminism, the feminine, the artist and the mystic!

In arriving at the moment to swap blogs, I am still trying to comprehend the pairing of two women who were briefly strangers prior to this event, and yet who have quickly discovered how close we are to one another geographically, culturally and personally–a pairing made, amazingly by another woman whose life is half-way across the globe in Pakistan. On top of which, Sarah Rahman opted out by default, when there were not enough writing partners to match everyone together for this worldwide, social experiment known as blog swapping!

On my part, having struggled for a week past the deadline to post my writing swap, resignation after obligations have left me physically exhausted, has given way to approaching this project from the personal voice. Right now, life feels very vulnerable as I transition from what was to what is becoming. I feel all that I can legitimately offer is the habit of following the intuitive within; it is one of my greatest assets as well as greatest disadvantages.

Carrie Ure is a writer and single mother, seeking work while living in Portland, OR_ just north of where I live, as artist, dancer com yogini and single-mother, looking for work out in this recession-locked world! One of our first contacts seemed to light instantly on the common connection to Séraphine de Senlis. Six years earlier in my undergrad research, I had discovered that Séraphine was a French woman artist, described briefly and only as a “nameless foundling.” Not much other information of note was available on her life or work as an artist to include any depth about her in my paper, just six years ago! That Carrie had seen a film about Séraphine de Senlis this summer was surprising to discover!

During my academic studies, I found individual sanctuary in the Womens Studies Program, as it was here I began developing the research on French Women Artists that would become the focus for my Liberal Studies degree. Indeed, I credit the current director of the program as being a champion for my research, one who supportively recognized me as a scholar and consequently became the reason I graduated. Since its inception at a university in Texas, the pedagogical development of Womens Studies has advanced steadily to be found in many college curriculum offerings throughout North America. Simultaneously during this era, I have needed to live out a lot of life free form, developing my own sense of self through the healing expression of art.

Along this path, I have invested many years, in traditional talk therapy or Cognizant Psychology, which for me also required an intuitive balance of yoga, in order for the nature of highly charged emotional-psychological work to simultaneously make sense in my physical frame. The years of my early youth growing up in France, were ones of profound somatic connection that have also guided development in this defining lifelong intuitive intelligence.

For twenty-one years, I was mother to one precocious child living as we did in relative social isolation, so I could manage the largeness of this personal work for which my entire life prior to that time had been intuitively heading. One after another childhood realizations that ranged from varying needs for freedom of expression, to flat out independence, marked a significant developmental period in chaos that I now realize much, much later after all is said-and-done, how much my intuition has effectively, intelligently, creatively guided my abilities to navigate out of the web of impact, from mental illness in a parent, still in denial.

For many of these adult years, I have readily defined developing intimate spirituality in the creative context of the sacred feminine. Recently, upon the approach of my fiftieth and after having read the book some years before, At the Root of This Longing: Reconciling a Spiritual Hunger and a Feminist Thirst, by Carol Lee Flinders, I created my first, Return to Community Ritual, in the description and guidance of yes, the seminal work: Emotional Genius, by Karla McLaren (who is now in rebuke of this major intuitive emotional manifesto, as an academic sociologist)!

In the years of post-graduate meetings with a feminist mentor, I often heard the term “mystic artist” pointed in my direction. My own under-developed academic research, a reflection of full-time, single parenthood, etc., was privately lauded as, “illustrating how women who happen to be artists also struggle as women to find our own voice and survive the chaos of producing work that is not valued and who are in need of environments where what we do is valued, exchanging mutual feedback in possibility-centered ways, to successfully move women’s voices forward!”

In the timing of returning to the academic setting to earn my degree, in my Womens Studies advisors, as well as in my post-graduation female mentors, I have criticized the male-tradition, competitiveness surrounding my female predecessors’ career success and in the ways this ethos has dominated the lack of informational access for women throughout all parts of the larger society. We have all gone wanting for an accessible lexicon to become better educated to all of the good information locked up in the academic study of women’s lives, abilities, and accomplishments. Not to be discounted, there have many battles my predecessors have indeed fought firsthand to break down this but one, bastion of historical male dominance. Like-wise after graduation, I did not find the feminist networks I logically expected would exist in the marketplace for job search, in politics for productive acceptance, and in the world of money for a new female patronage. As a consequence, my life has endured many years of needless yet very basic post-graduation struggle.

Right now, I feel as though the Doonesbury cartoon of a few years back, best articulates the lack of voice in a new feminism; a new generation of women coming of age particularly now, in the broad and long-range impact of this recession, as well as the “Yes! We Can!” social and political recovery from the Reagan-Bush era of full-scale reactionism, materialism and bold greed. A new language unique to the next wave of feminists is forming, and I expect it to be more inclusive. The issues they will confront are on a different scale dealing with global warming, sustainable food production and religious, spiritual and political acceptance, to name a few. I did however, graduate recognizing that I can continue as a creatively intelligent ally to the next generation! Most recently, in making acquaintance with a feminine-mystic writer, has given me a gift of inner renewal than I have not felt connected to in many years! I am inspired to have discovered such an ally so close by! Thank-you Séraphine de Senlis and thank-you, Sarah Rahman!